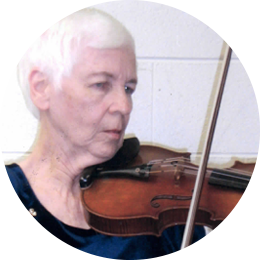 Dora Marshall Mullins, a native of Newport News, Virginia, began violin study at the age of five with her mother and after one year, continued with I. E. Feldman of Norfolk, Virginia; noted teacher and chamber music authority. She completed her violin studies and other musical subjects in Feldman’s studio, and in 1946 was appointed first violinist with the Feldman Chamber Music Society of Norfolk, Virginia, a position she held for forty years. She served as musical director of the Feldman Society for twenty-three years. Her quartet performed with Young Audiences, Inc. for eighteen years, presenting nearly one thousand concerts to school children in the Hampton Roads area, Washington D.C., Maryland and Pennsylvania.

Mrs. Mullins commuted weekly for seven years to New York City, where she served on the faculty of the Juilliard School of Music. She was also a faculty member at Alfred University in New York and at the University of Maine, where she assisted internationally-known violinist Joseph Fuchs. She held the title of Lecturer of Music at the College of William and Mary, where she served as a violin instructor and orchestra director, and the title of Performer in Residence and violin instructor at Old Dominion University.

Mrs. Mullins has performed to high critical-acclaim at the Phillips Gallery in New York City and at the National Gallery of Arts in Washington, D.C. She has performed solo and chamber recitals from Maine to North Carolina and in the Midwest states of Iowa, Illinois and Kansas and served as professional advisor and violinist for her sister, Mary Marshall, choreographer and dance director. She has conducted and taught in workshops for young musicians in Maine, New York, Maryland, Iowa and the local area. She maintains an active violin studio in Virginia Beach, Virginia, and has been teaching privately all ages for over seventy years. Many of her students have continued onto professional careers at Colleges and Universities. 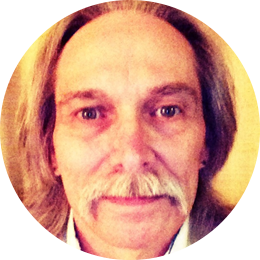 Mr. Dulcie is both a teacher and a performer, and has taught at the University of Charleston in his native West Virginia and is now teaching piano, cello and violin on the Eastern Shore. On two study trips to Europe, Stefan performed in England, Germany, Switzerland and Italy. Stefan is also the pianist in the Dolcissimo Trio along with Dora Mullins (violin) and Charlotte Sundstrom (cello). In addition, he serves as organist and choir director at two historic Episcopal churches on the Shore.